IMDb: 7.2 2005 101 min 320 views
Two years have passed since the final battle with Sephiroth. Though Midgar, city of mako, city of prosperity, has been reduced to ruins, its ...
ActionAdventureAnimationFantasyScience Fiction

IMDb: 8.8 2011 7 views
Twelve-year-old Gon Freecss one day discovers that the father he had always been told was dead was alive. His Father, Ging, is a Hunter — a ...
Action & AdventureAnimationDrama 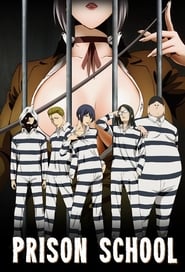 IMDb: 8.3 2015 27 views
There was a time when the Hachimitsu Private Academy was a revered and elite all-girls’ boarding school on the outskirts of Tokyo but a recent ...
AnimationComedy